In the spirit of the Digital Chef, “cookin’ with what you got”, I cooked up a cupboard cleaner meal.  Actually it was more of a fridge cleaner, but none-the-less we got rid of some almost empty stuff.  It was also a beautiful day so I cooked all this mess on the grill over cherry wood, no charcoal just straight cherry wood, had an awesome flavor in the chicken, the taters were sealed in foil. 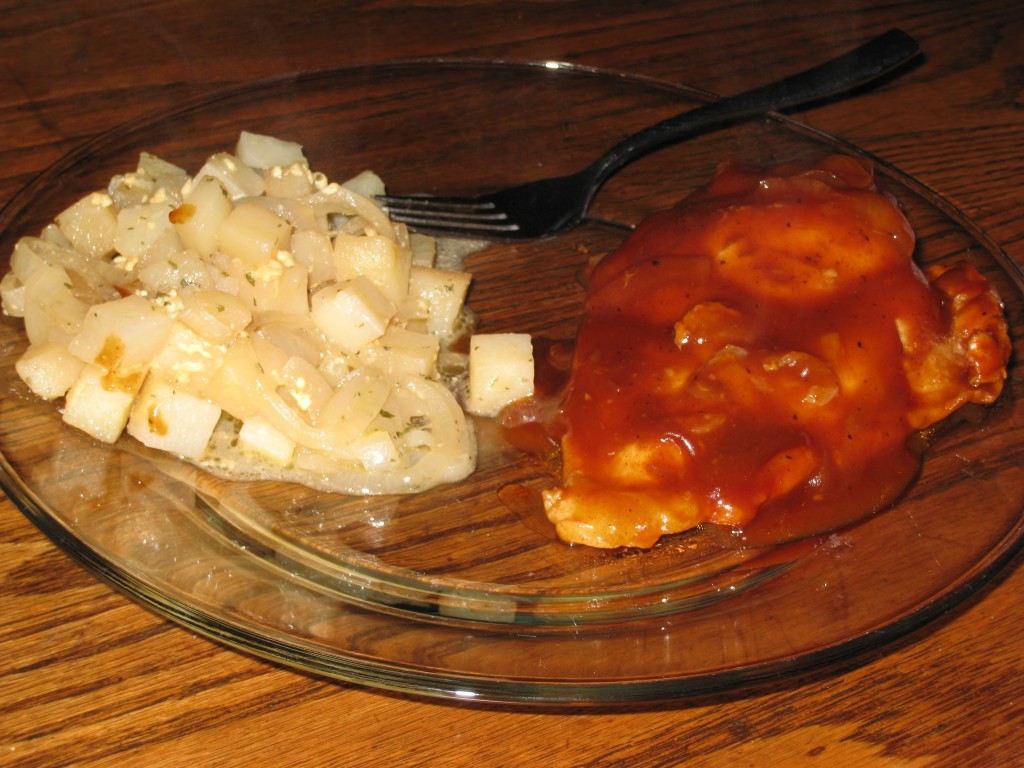 All in all it tasted good, it hit the spot and cherry wood usually make any meat a little better and chicken breast on the grill is no exception.

The chicken was place in its foil boat atop a bed of onions, a mashed clove of garlic and sprinkled with BBQ 3000.  It was then smothered in BBQ sauce, we had a little bit of three different kinds in the fridge and I used all of them.  Three more bottles out of the way.

The potatoes were canned potatoes (which I had never even seen before, let alone ate) and they were placed in a foil boat with a couple tablespoons of margarine, some chopped onion, some mashed garlic, some parsley, some steak sauce and a little cheese.

Both dishes were pretty dang good and even better for not having planned at all, a last might grill meal for the win.

By Nate Elston Posted on December 17, 2009 Posted in Recipes, What's for dinner No Comments

Last weekend my wife came home with a leek, the biggest leek I have ever seen, and as soon as I saw it I knew what I would be cooking with it a favorite I have not had in quite some time until tonight.  Potato and Leek soup and after a little emergency last second seasoning, it came out quite nicely. 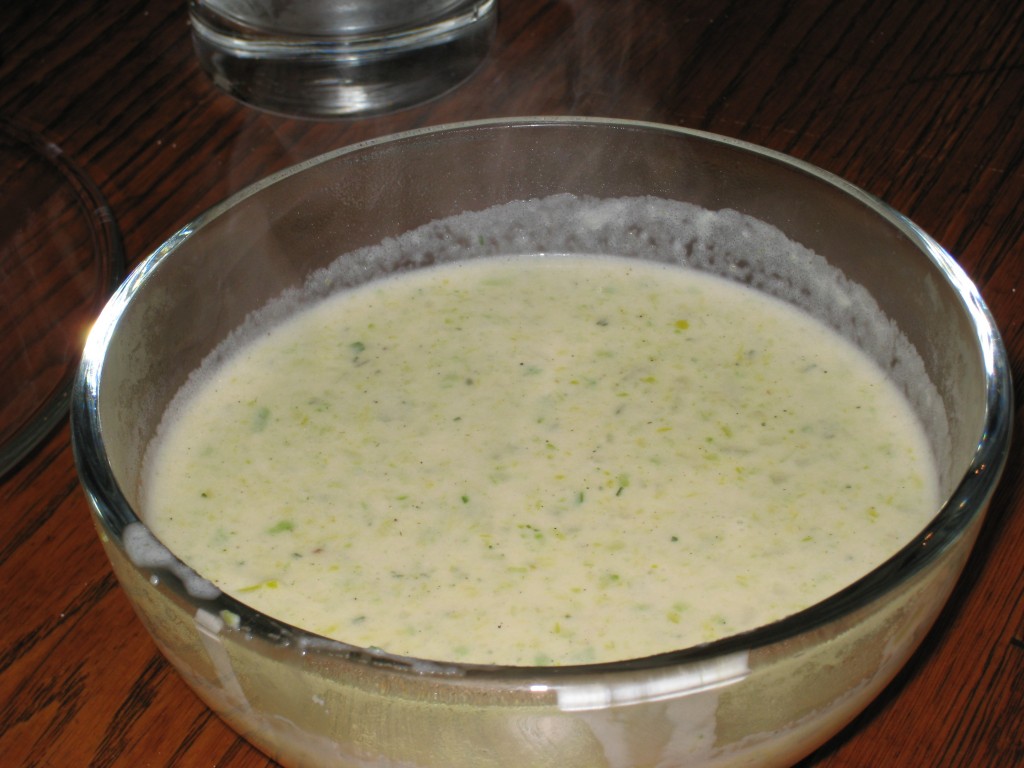 Instructions
In a medium pot over medium heat cook potatoes with broth and garlic until tender (about 20 minutes), stirring occasionally
Meanwhile in a separate skillet over medium heat, saute leeks in margarine until tender.  Transfer leeks to a food processor, add thyme, chop until uniform.
Combine leeks with potatoes in potato pan, add half and half, milk, salt, pepper and parsley, mix well over medium heat until heated through.

The soup was good on its own but we were also have sausage and stirred that in as well as a little cheese, it was delicious and I am looking forward to eating some more for lunch tomorrow.