By Nate Elston Posted on December 1, 2010 Posted in Recipes, Reviews No Comments

Ok, so it has been a while, more than a month.  I was a little alarmed when I logged in that it has been that long.  I have been way to busy to cook, its been very sad.  So with that, a day late and a dollar short; I made pumpkin pie for Thanksgiving from a Food Network (Paula Deen) recipe for pumpkin pie.  Normally I would have been more adventurous but like I said I was busy and it was easy and right there. 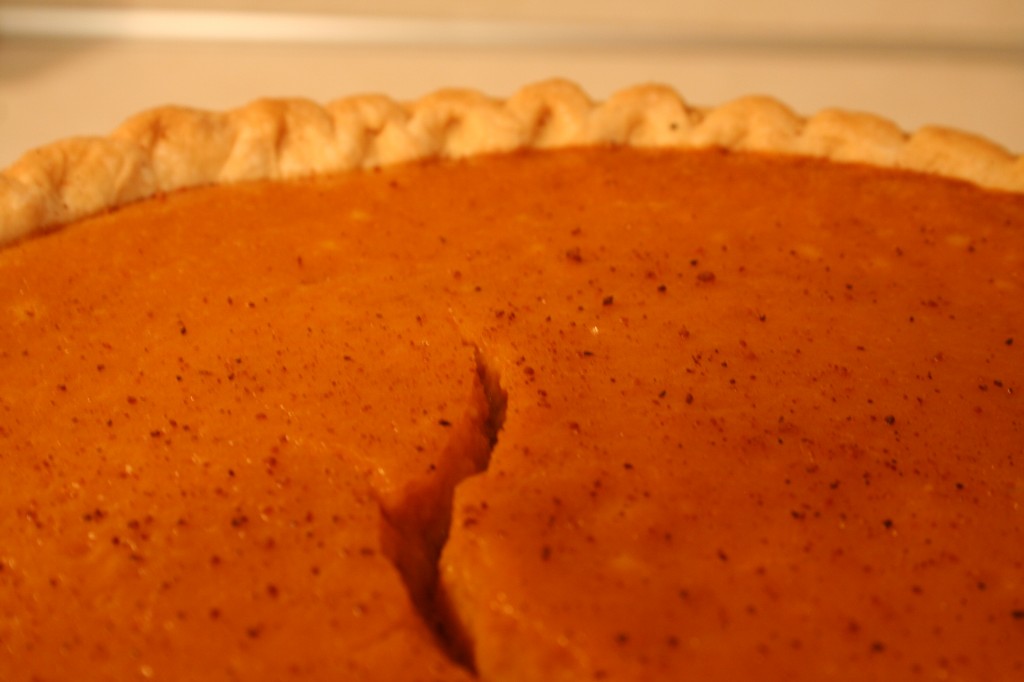 So sadly I only snapped a picture when it was sitting on top of my oven, because this was some pretty wicked pumpkin pie.  It had good flavor a nice consistency and did I mention it was tasty.  You can find the recipe over at the Food Network, the only alteration I made was to sprinkle some nutmeg on the top about 5 minutes before it came out of the oven.

So even though this pie might send you to the hospital with clogged arteries sooner than would say most any other pumpkin pie, it is from Paula Deen, its what we would expect.  An express trip to heart attack lane, but it was pretty tasty and will surely be made again.