By Nate Elston Posted on December 10, 2009 Posted in Misc Food, Recipes No Comments

Well tonight was an experiment. Can we make chicken enchiladas, that are healthier and taste good? Well we gave it a try and here is what came out of it. 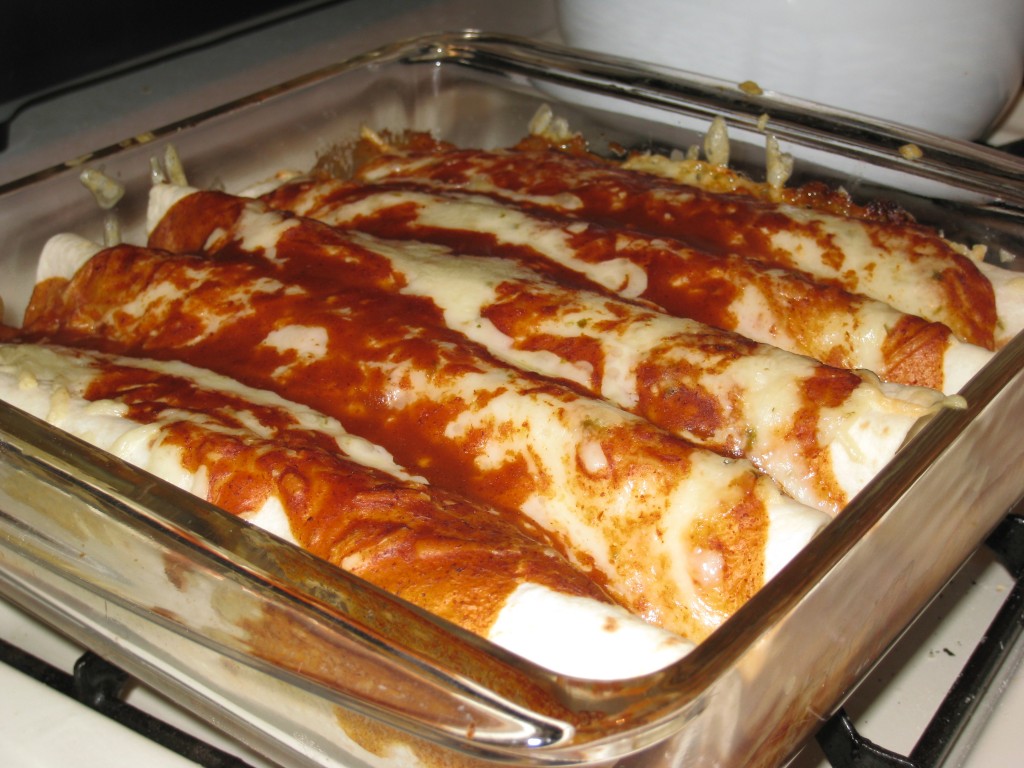 What we pulled from the oven exceeded my expectations, it was tasty, a little bit spicy and tasted like an enchilada.  We topped ours with sour cream and vowed that next time we would make fewer, plumper enchiladas.

The recipe we used was as follows:

Instructions
Preheat oven to 350°F.  Spray a 9″x13″ glass pan with non stick cooking spray.
Heat oil in a skillet, add in green pepper, jalapeno, onion and chicken, cook until chicken is cooked through.
Add in chili powder and cumin, cook, stirring for about a minute.
Add in the tomatoes, beans, chickpeas and pepper, stir and simmer for about 5 minutes until juice is reduced.
Fill each tortilla with chicken mixture and roll.  Place seam side down in glass pan, cover with cheese and enchilada sauce.
Back for 30-35 minutes until cheese is melted and enchilda is heated through.
Let stand for 10 minutes before eating.

By Nate Elston Posted on December 7, 2009 Posted in Blogroll, Misc Food No Comments

Sometimes you just don’t have time to make a delicious meal or you don’t have the right ingredients or sometimes you are down to the wire on time and only have a box of Generic Mac N Cheese and a jug whipping cream.  Well when combined these two yield an exceptionally fine bowl of Mac N Cheese, on the texture side, even though it is still plagued by the boxed cheese taste. 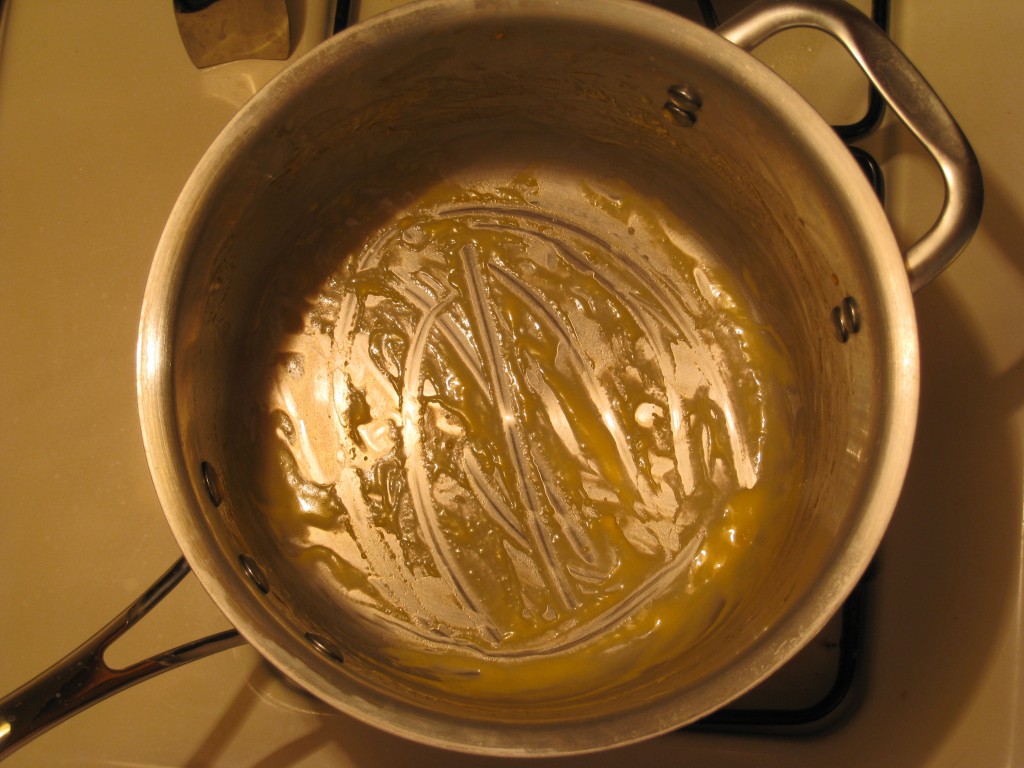 I will be keeping in mind the how simply the addition of Whipping Cream brought boxed Mac N Cheese from barely edible to near enjoyable.

Well I have officially smoked my first turkey breast and I am not sure if there is any better way to cook a turkey.  A couple weeks ago my father had smoked up a turkey breast and it was tasty, with our Thanksgiving potluck coming up tomorrow at work I decided I shall bring a smoked turkey breast and thus what started my journey.

Thankfully and as is typical the week of Thanksgiving turkey breast was on sale at my local supermarket.  I picked up a fairly sized 7 lb turkey breast and began to thaw it Sunday morning.  Once thawed I brewed up a brine to soak the meat in.  The recipe is as follows:

Instruction
Mix until all salt and sugar has dissolved.  Refrigerate for at least 2 hours.

From there I washed my turkey breast and and placed it in a 1 gallon zip lock freezer bag.  Once the brine had properly cooled and had a chance to mature a bit in the fridge I poured it all in the zip lock with the turkey breast and put it back in the fridge to brine over night and while I was at work the next day (about 18 hours).  Just in case the structural integrity of the zip lock was compromised I placed the zip lock in a large bowl and placed the large bowl in a pie plate, to contain the spillage should the worst occur.

Upon arriving home this evening I got the smoker fired up (used the Afterburner on the Charcoal unit, I had cheese to smoke too!), and prepared the solution to sit in the water pan consisting of a bit of apple juice, a small bit of white wine and water to fill the pan about an inch from the top, I also had a similar solution to fill the pan as needed throughout the duration of the smoke.

With the smoker heating up, I washed the meat and patted it dry with some paper towel, I then brushed it with Olive Oil and rubbed it sparingly with Penzey’s Cajun Seasoning (this is some good stuff).  Once the smoker was heated to 275ºF (I was in a hurry)  in went the turkey breast and a chunk of hickory wood and a handful of cherry chips.  I did add an additional chunk of hickory during this nearly 4 hour smoke.  Once the temperature of the thickest part of the breast reached 165ºF, I pulled it and set it to rest, covered with aluminum foil and a thick towel quadrupled over for about 10 minutes. 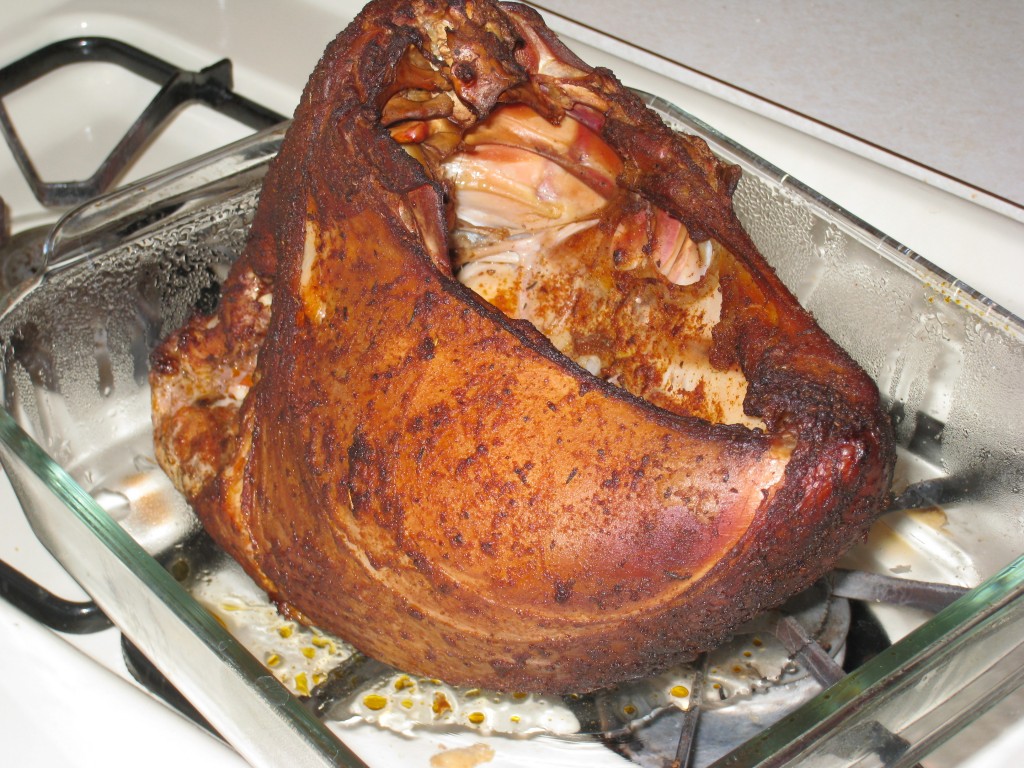 Next came the best part, slicing this masterpiece up and taste testing it.  While slicing it I knew it would be good, almost too good to let go.   It looked incredible and tasted about the same, the cajun spice gave the skin a nice kick while the inside had a hint of smoke and was almost dripping wet it was so juicy, it was tasty.  The wife agreed, although she did not care for the cajun seasoning, said it was too spicy. 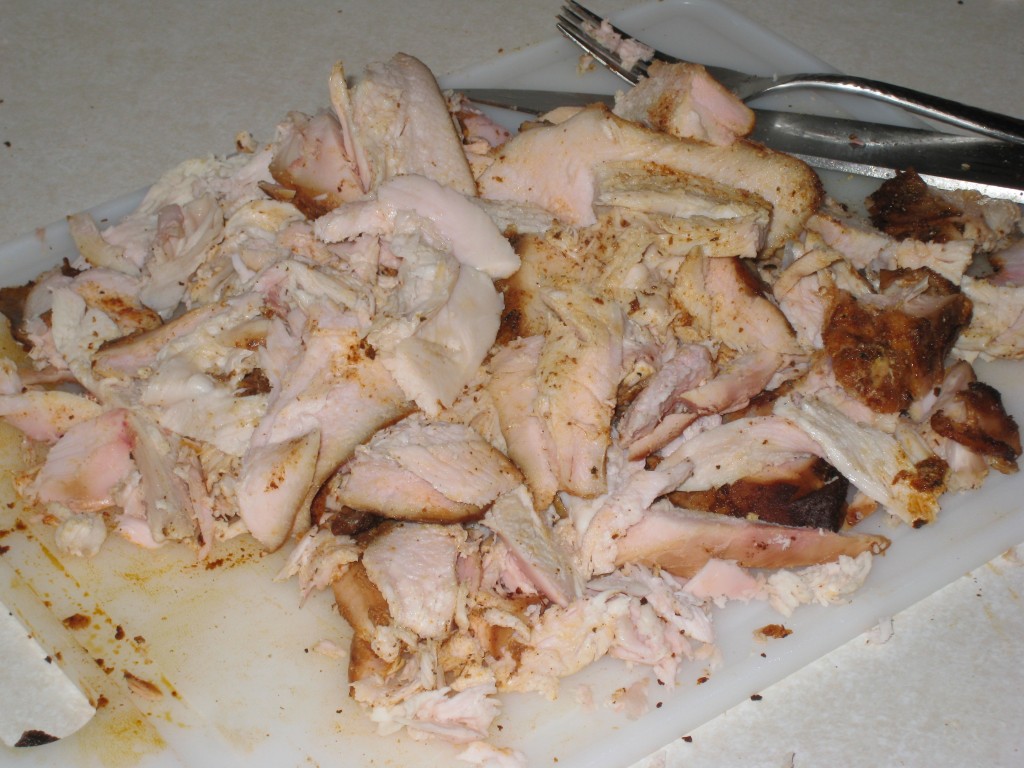 Smoking this was really pretty easy with the propane maintaining the heat and the flavor, texture and moisture were spot on.  If it weren’t for stuffing I am not sure why anyone would ever do a turkey in the oven again, I know I wouldn’t.  After this I am excited to do my next turkey, whole.

Today I took my first stab at smoked cheese, being that it was on sale this week at Family Fare (local supermarket) and I had just gotten a hold on the temperature control of my Brinkmann Electric Smoker.  I decided it was time to take the plunge, I dialed in 100°F on the controller, filled my smoker pan with a mix of Alder and Hickory chips, you know the really fine ones more like big saw dust, figured the might ignite a little better and let the smoker heat up while I prepared the cheese.  I took a single 8oz block of cheddar, and placed it in a foil pan which was placed inside another foil pan filled with ice which was in turn placed in another foil pan filled with ice.  Now I was the ice pan method to allow for a little bit greater heat in the smoker, while still maintaining a solid block of cheese as opposed to a giant pile of goo.

And to my surprise the cheese did have a light smokey flavor, not like I had hoped for but none the less a smokey flavor.  So my attempt was not a complete failure, I have reaffirmed that the temperature controller works really well, however, I have a little smoker problem to deal with.

All in all this was a success and while I contemplate ways to make a smokey 100ºF smoker run, I will munch on my lightly smoked cheese.